‘Bitter Almond’ is an album with songs by Lucy Johnson and Marc Teitler, produced by Peter Challis, which was commissioned by and premiered at the Royal Opera House. A song-cycle about love, bereavement and the sea.

Assuming the artist name ‘Haniver’, the name given to mythical chimeric creatures in the form of angels, devils and dragons dreamt up by sailors in centuries gone by, the subsequent album entitled ‘Bitter Almond’, features Lucy’s resolute and beguiling vocals combined with Marc’s signature cinematic orchestral arrangements and Peter’s graceful, otherworldly, electronic finesse. 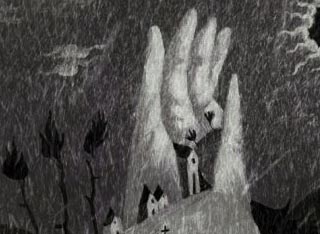 08 Daniel in the Fire